Victoria Group among the top 10 exporters in Serbia 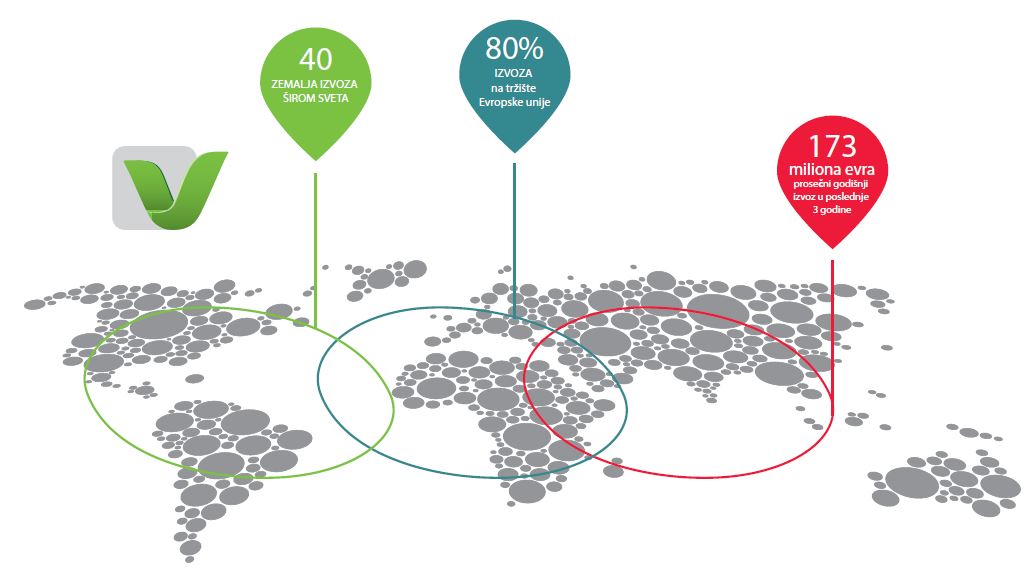 The Ministry of Finance of the Republic of Serbia has published a report on the current macroeconomic developments containing a list of the top 15 exporters in the period January – February 2016, according to the Customs Administration data.

Victoria Group took the ninth position with the export value which amounted to €24.2 million in the first two months of this year. The company is, at the same time, the top exporter in the food sector.

“As usual, we have recorded great demand for our soybean and sunflower products on the regional and European markets and during the last year, we also conquered new markets in Asia and Africa. Taking into account the record purchase of oilseeds which we had during harvest and the planned volume of production for our processing capacities in the Sojaprotein and Victoriaoil factories, we expect further increase in sales during this year as well”, said Nikola Vujačić, Chief Operations Officer and Executive Director of Victoria Group.